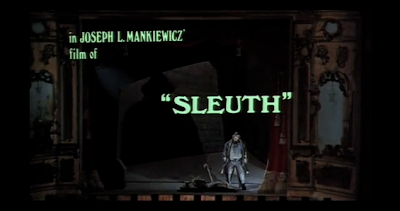 How should I start...? From the very beginning to the very end, I felt like going on a thrilling yet fun adventure watching this film. I love everything about it. I love the intro, I love the film score, I love the plot and the twists, the superb dialogue, Michael Caine, and I love Laurence Olivier. I love their pairing so much it's ridiculous.

So what's Sleuth about? It tells the story of a cat-and-mouse game played by a wealthy writer, Andrew Wyke (Olivier) and a hairdresser, Milo Tindle (Caine), for a much more wicked motivation than just general pastime. 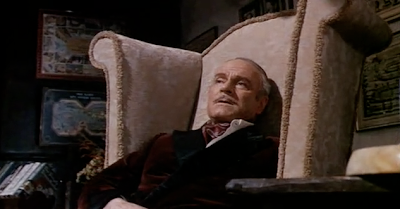 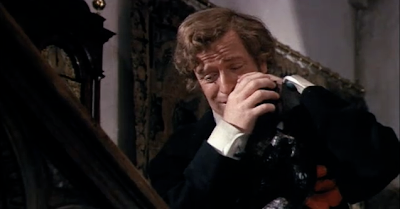 Tindle is apparently having an affair with Wyke's wife, a character we never meet. At first Mrs. Wyke seems to hold an important role since her affair with Tindle triggered the game and eventually starts the story, but later on we see that the conflict between Wyke and Tindle grows from their desire to win this one particular woman to a desire to defeat, humiliate, and ultimately crush one another solely because of hatred, even if it means committing real murder. 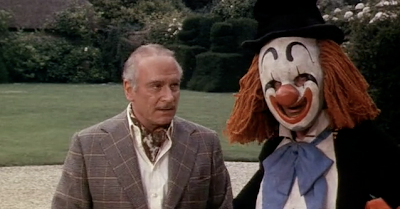 The first half of the film shows how Andrew Wyke dominates the situation, dominates Milo Tindle and plays the game ever so slyly. Then Tindle makes a surprising comeback and takes control over Wyke, causing the writer to lost his composure as he struggles to get back on top (and save his own dignity). They're both matched equally, and are on fire. I was so absorbed in their dialogues and foils for each other when I was watching this. There are so many twists and so many clues that you just can't help but engage too in their game. 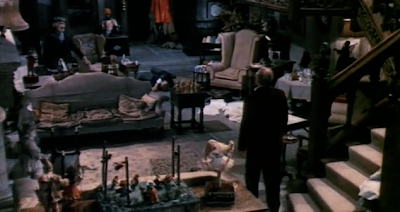 Sleuth was nominated for four Academy Awards, and is one of the only three films that had its entire credited cast being nominated for the Oscars. This film opened my eyes about Laurence Olivier and his great talent, not only because he was shining as Andrew Wyke, but I can see, and I can tell, that he enjoys being Wyke from his performance. Nowadays I rarely see actors enjoy playing as their characters like how Olivier did in Sleuth. And so is Michael Caine. I think that the more Olivier shines, the more too Caine dazzles in his own way, matching his steps with Olivier.


There's a certain quality of acting that was brought by both Olivier and Caine that I've never seen in other actors, or films, like how I see here in Sleuth. Both gentlemen became Wyke and Tindle, not overdoing anything, not also lacking something. They're just perfect; Olivier portrays Wyke as someone eccentric, manic, and Caine as Tindle is amazing --witty, smart, unpredictable and maybe even more  sly than Wyke. In the end --and let me tell you, the ending is perfect-- we see how the game has finally come to an end as Wyke pulls the trigger to stop Tindle from winning. 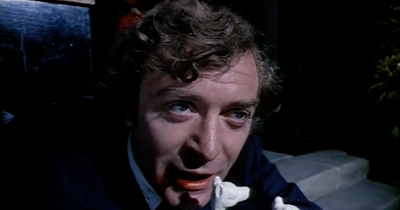 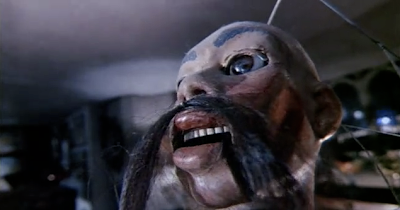 I love this film, from the beginning to the end. I think it's perfectly made, from the production to the filming. It might not be for everyone, and you might not get it the first time you watch it, but as soon as you get the story, you'll come to love it to. Indeed, this makes me want to watch even more Laurence Olivier and Michael Caine's movies, and I definitely will list them down and talk about them in my future posts.
Labels: 1970s Laurence Olivier Michael Caine Sleuth vivandlarry blogathon 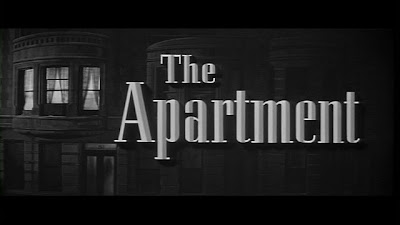